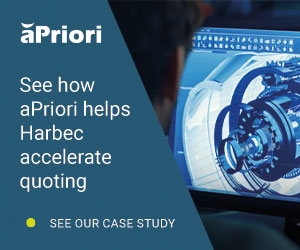 I like to think of myself as being open-minded. But the truth is old beliefs die-hard and past experiences can hinder a shop or a hobbyist from the advantages of improved technologies.

If someone had told me six months ago that I’d be saying good things about plasma cutting systems, I would have thought they’d hit their head. My previous experience with plasma cutting happened in the early 1980s. It was so awful that I never wanted to use one again: it was loud, hot, sparks flew everywhere and the plasma-cut edges of the parts were so rough I’d have to deburr each part, adding untold hours to the job. I vowed then and there to never use plasma again. Not very open-minded.

Then last year at the SEMA Show, I happened to stop by the Hypertherm booth and was convinced to try out their Powermax45. I picked up the torch, started cutting and instantly realized that plasma technology had vastly improved over the last 25 years. It was an incredible experience seeing the plasma cleanly and quickly cut through the 1/8 in metal. And it was just as simple to use.

These new units are much more compact. Besides doing a much better job of cutting, the units are smaller, lighter, and more powerful, yet they use less amps and are therefore more efficient. The first hand-held machines were big and heavy, with most weighing up to 250 lb because they required more power.

Here is a demonstration on setting up the Powermax45, the most versatile and portable 1/2 in (12 mm) machine on the market, with a broad set of application capabilities that make it a truly multi-purpose tool. It cuts or gouges faster, easier and better than any other product in its class.

An old unit comparable to the Powermax45 required 100 amps, which meant that the power supply had to be pretty big. Using less power makes it much quieter than the old units and much more energy efficient. And the  torch tip and electrode consumables of the new unit have a much longer life than the older models.

The price of the Powermax45 is much more affordable than the older units used to be, now coming in under $2,000. And there is a smaller system — still powerful — called the Powermax30 that you can own for even less.

The versatility of using plasma to cut was a big factor for me. Plasma can cut any electrically conductive metal such as stainless steel, mild steel, aluminum and more. And I didn’t have to pre-heat it. Plasma is also great at cutting painted, dirty or even rusted metal — and who doesn’t encounter that when working on cars and bikes? Plasma has a small heat affected zone (or HAZ) that keeps paint jobs looking great, and my Powermax45 comes with an expanded metal mode that keeps the pilot arc on the entire time, even if it encounters a hole in the metal.

I was also impressed by the system’s ability to gouge. This made it real easy for me to remove old welds and shave off rivets and bolt heads.

Then there are the torches. Older units had torches that simply could not do what the new technology torches can do. Older units were able to cut 3/8 in thick, whereas the newer unit is rated for ½ in but can also easily cut through one inch. One of the great advantages of the Powermax45 is its ability to perfectly cut fine gauge sheet metal as well as the thick stuff. People have even used it to cut 1½ in thick metal even though it is not rated for metal that thick; the system slices right through.

The plasma machine is simple enough to set up and use. A 220 electrical plug (or regular 110 power for the Powermax30) and a decent air compressor are all that’s required. The cord for the torch is 20 ft long, plenty long enough so that you can reach most work areas in an average sized garage. Simply attach the ground clamp to your work surface and set the simple controls for the material being cut.

Make sure you are wearing welding gloves and a shade 5 or higher shield or safety glasses. Pull the trigger and cut. A handy booklet and DVD comes with every machine, providing very thorough instructions on set up and cutting for most situations. Though I found the system very easy to use and felt I had mastered cutting pretty quickly, their website has a great Education section complete with videos to explore as well.

So far my new Powermax45 has been able to do everything I have asked of it. Cutting and trimming fenders, creating pieces for custom fabrication work, and using the gouge setting to slice away rusted bolt heads and nuts from frames and brackets. It has saved me hours of time, and using a plasma cutter to slice metal is more fun than using a cut off wheel or saw. Isn’t having fun one of the reasons we work on projects?