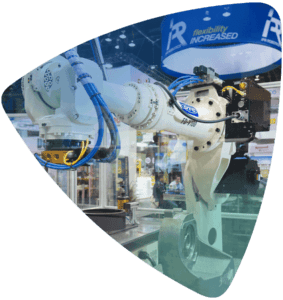 The Automate 2022 Show and Conference celebrated the most successful event in its history, setting new records for registrants, exhibit booths and online engagement during its four-day run June 6-9, 2022, in Detroit, Michigan. The show organizer, the Association for Advancing Automation (A3), expects next year to be even bigger with nearly three-quarters of an expanded show floor already booked for Automate’s return to Detroit, May 22-25, 2023.

“Automate 2022 exceeded our most optimistic expectations,” said Jeff Burnstein, president of A3.  “The excitement in the hall was like nothing I’ve ever experienced. People loved being back in person and seeing all of the latest advances in robotics, machine vision, AI, motion control and more. This was the largest and best attended trade show we’ve ever had.”

Automate, North America’s largest robotics and automation tradeshow, featured more than 24,000 registrants, 600 exhibitor booths, over 250,000 square feet of exhibit space, and two million virtual views of its digital content. Exhibitors showcased the latest innovations in robotics, artificial intelligence (AI), machine vision, motion control and smart automation, and nearly 200 expert speakers from many of the biggest names in the industry offered insights on the trends and best practices behind the emerging technology in keynotes and conference sessions.

According to exhibitors, attendees at Automate came armed with a list of automation projects in need of solutions.

“Exhibitors told us that virtually everyone they met at the show has plans to automate, and some exhibitors reported selling robots right off the floor,” Burnstein added.

Automate 2023 will be hosted in the same location, at the Huntington Place Convention Center in Detroit May 22-25. Exhibitor spots are filling fast, so interested companies should contact James Hamilton, A3’s VP of sales, here to book a booth or explore sponsorship opportunities.

A3’s virtual content for Automate—both leading up to the show and through Automate LIVE, produced in partnership with Jake Hall of The Manufacturing Millennial, Chris Luecke of the Manufacturing Happy Hour podcast, Tech B2B Marketing and other leading voices in the automation industry—has already been viewed two million times, with nearly half coming directly from A3’s own social media. In the months ahead, A3 will feature this content in addition to important presentations from Automate 2022 to continue the remarkable engagement from the automation community leading up to the 2023 show. 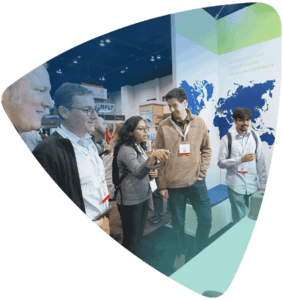 Highlights at Automate, which returned to Detroit after nearly two decades in Chicago, included Covision Quality taking home a $10,000 grand prize as the Cowen Startup Challenge: Automate to Outperform winner for its software that automates and scales visual inspection with unsupervised machine learning technology.

“We enjoyed our participation at Automate 2022,” said Franz Tschimben, CEO, Covision Quality.
“The show fulfilled all of our expectations and goals. We got a chance to introduce our company Covision Quality to the US market and to manufacturing companies who want to automate and scale their visual inspection systems. We connected with potential partners – system integrators and hardware manufacturers – and we got a chance to see competitive products. Winning the Cowen Startup Challenge is yet another signal that our AI -based visual inspection product is appealing to the manufacturing industry and holds strong growth potential. We will be back at Automate.”

Other awards presented at Automate 2022 include the Engelberger Foundation giving Labrador Systems  a $25,000 grant for its pioneering work on a new generation of human assistive robots. Three of the six recipients of the 2022 Engelberger Awards were honored at the Joseph F. Engelberger Awards Dinner and Ceremony: Michael P. Jacobs of Applied Manufacturing Technologies (AMT) for leadership in automation; Oussama Khatib of Stanford University for education; and Marc Raibert of Boston Dynamics for technology.

Keynotes such as SharkTank’s Daymond John and his 5 Shark points on the fundamentals for success in business and life; General Motor’s Douglas Stanguini on smart manufacturing excellence; and Raibert’s discussion of legged robots drew big numbers as did future work strategist, Rachelle Focardi, who talked about the future of work in the multigenerational post-Covid workplace.

A keynote, “How Artificial Intelligence is Powering the Next Wave of Manufacturing,” featured Joe Lui of Accenture, Jorge Arinez of General Motors, Irene J. Petrick of Intel, Dieter Fox of NVIDIA, and Andrew NG of Landing AI, all helping set the record straight on the current status of AI in manufacturing and where it is headed.

About Association for Advancing Automation (A3)

The Association for Advancing Automation (A3) is the leading global advocate for the benefits of automating. A3 promotes automation technologies and ideas that transform the way business is done. Members of A3 represent over 1,100 automation manufacturers, component suppliers, system integrators, end users, academic institutions, research groups and consulting firms from throughout the world that drive automation forward.

This addition to the platform provides the unique opportunity to get to know Allied Machine as a global tooling solution provider.

NTMA has endorsed America’s Cutting Edge training program to engage the next generation of machinists and revitalize American manufacturing.

New Board Members Appointed to the National Institute for Metalworking Skills