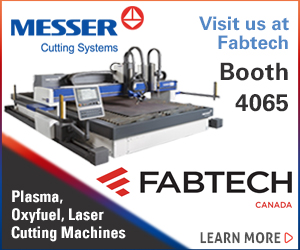 This series deeply explores different ideas about safety and what can be done to actually make the workplace safer.

From the outside, the world of safety looks pretty simple – either a workplace is safe or it’s not. And if a workplace is unsafe, it is reasonable to expect that people will agree what specifically is making it unsafe.

But for those of us who work within the safety profession, nothing could be more complex or hotly contended than what constitutes a safe workplace and, furthermore, what the biggest reason is that causes a workplace to be unsafe. In fact, getting safety professionals to agree on the very definition of the word safe is hard to do. To address all of these points, this series on safety will deeply explore different ideas about safety and what can be done to make the workplace safer.

MEASURING SAFETY
One widely held belief among system thinkers, lean gurus, and Quality Operation System enthusiasts is that you get what you measure and if you can’t measure something it may as well not exist. This gets dicey when you try to measure safety because, like quality, safety is not seen as the presence of something, but rather as the absence of injuries.

It is nearly impossible to proclaim the absolute absence of something, so let’s begin our discussion with some context and some definitions of basic terms. The absence of injury does not denote the presence of safety; rather “safety” is an expression of probability and a calculation of risk. Because safety is a probability, nothing can ever be pronounced completely “safe” . . . instead, safety is relative. This means that we can accurately describe a situation or condition as being “safer” or “less safe” than another.

But even so, the extremely high variation in working conditions and even higher variation in human behavior makes it tough to get an accurate read on the relative risk endemic to a given activity. In short, for the most part all we can do is guess at the probability that a given activity will result in an injury. Even if we were able to predict with statistical certainty that an injury will occur, there is little we can do to predict the severity of the ensuing injury. The difference between a fatality and a near miss (a “close call” where a worker could have been seriously injured, but was spared) is little more than luck.

THE PROBABILITY GAMBIT
One area of safety where there seems to be little disagreement is in the belief that the greater the number of hazards with which a worker interacts, and the greater the frequency of that interaction, the higher the probability of injury. In other words, if a worker continues to behave unsafely or performs tasks that have been poorly designed from an ergonomics perspective, someone (not necessarily the worker him/herself) will eventually get seriously injured or killed.

But because it is impossible to say with certainty how much time will be lost or how the worker will be injured, this is often dismissed as safety bugaboo. As I used to say (when people would be overly concerned with remote possibilities) “maybe the moon will fall out of the sky.” Warning of increased danger without being able to quantify probability is useless information – unless your sole intent is to say “I told you so.”

MAN VS. MACHINE
Now that we have a common understanding of the definition of the term safety, we can now explore the various, hotly contested theories of the best way to improve the safety of the workplace.

The first argument you will likely encounter is the philosophic question “what causes injuries?” One school of thought reasons that because most injuries (studies have suggested that as many as 90 percent) have a behavioral element, it logically follows that injuries are caused by unsafe behaviors. If unsafe behaviors are the most likely cause of injuries, the most reasonable way to reduce injuries is to reduce unsafe behaviors.

Many safety methodologies focus on basic behavior modification techniques – carrots and sticks (that is, rewarding desired behaviors and punishing undesirable behaviors) – to increase safe behaviors while decreasing dangerous activities. Advocates hold that time-tested research and hundreds of organizations support their techniques, many of which suggest observing workers while they work and offering feedback on the safety of their activities. These systems encourage employers to offer financial or other incentives for low injury rates and improvements in key safety measurements.

NO LIFE WAS EVER PROLONGED BY REMINDING A PERSON NOT TO DIE
Critics of behavior-based safety systems contend that because nobody wants to get hurt and processes aren’t designed to injure workers, the resources expended to improve worker safety would be better brought to bear against system problems.

They deride safety observations as expensive and deeply flawed babysitting, nothing more than incentive programs for encouraging under-reporting of injuries. These people would have us believe that the road to a safer workplace is through mistake-proofing our processes and that if people aren’t intentionally getting hurt, then no amount of behavior modification will change things.

Proponents of process-based safety believe that efforts to improve worker safety must be at the top of the Hierarchy of Controls (an engineering tool for determining the most effective way to eliminate the risk of process failures). Critics of process-based safety counter that we cannot bubble-wrap the world and once a process is in place, it is often too costly and impractical to idiot-proof the world.

To a layman the argument over behavior versus process seems pretty basic, maybe even pointless. But these philosophies have staunch supporters and bitter critics, and the actions you take to make the workplace safer are intrinsically linked to where you stand on this issue.

INDIVIDUAL RESPONSIBILITY VS. SYSTEM RESPONSIBILITY
Some safety professionals prefer to argue the merits of holding the individual responsible over the system, or vice versa. Some believe that strict policies and dire consequences for incompliance are the way to a safer workplace, while others argue that only an enterprise-wide solution can reduce injuries.

Both sides have their points. After all, don’t we need to hold someone accountable for gross negligence and dereliction of duty? On the other hand, volumes of research prove that populations act very differently from individuals. Many experts believe that human behavior is strongly influenced by the systems in which people interact, and that the pressure to conform to societal norms manifest in how people behave.

SAFETY SCHOOLS OF THOUGHT
In the coming months we will be exploring the strengths, weaknesses, pros and cons of the different systems shown in the nearby diagram. While I may not have all the answers to applications of these systems in industry, I will certainly have enough to say on the subject to raise a few hackles within the safety industry.

Next month we will begin with an in-depth look at Behavior-Based Safety. Stay tuned. 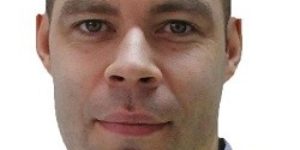 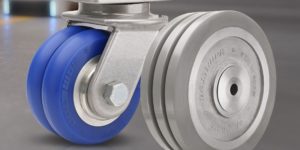 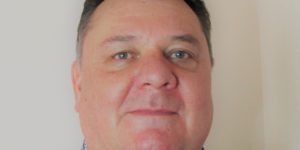