Small spaces can spark big ideas. For Hernán Luis y Prado, the idea behind Workshops for Warriors dawned on him in the garage of his home outside Washington, D.C., where wounded war veterans came to tinker in his workshop to pass the time. Luis y Prado had risen through ranks of the Navy from hospital corpsman to officer, with three combat tours in Iraq and Afghanistan along the way. Stationed at the Pentagon in 2006, he often visited recovering veterans at the National Naval Medical Center (Bethesda, MD) – and their tragic circumstances left him searching for ways to help. “I was seeing more servicemen dying from drugs and suicide than from bombs and bullets,” says Luis y Prado. “I wanted to change that, but I didn’t know how, other than to just invite them over to my house. They loved doing something tangible with their hands.”

When the “tinkerers” grew from two to ten and started requesting drill presses and welders to beef up his workbench, Luis y Prado knew he was onto something. His girlfriend (now wife) suggested they start a compressed training program in metalworking. But it was a chance reunion with John, a Marine buddy who’d lost both legs in an IED explosion, that finally shocked him into action. “I grabbed my girlfriend’s arm and said, ‘We’re going to do something.’ I shifted from wanting to make the Navy my life’s aspiration to creating the world’s best advanced manufacturing training center for veterans,” recalls Luis y Prado.

ACCELERATED CREDENTIALS ADDRESS THE CRITICAL SKILLS GAP
In 2008, the couple liquidated their belongings and poured the proceeds into founding Workshops for Warriors, a 501(c)3 non-profit school that would have one purpose: to enable veterans to quickly qualify for jobs in advanced manufacturing, while at the same time addressing a critical skills gap in the workforce. “We were at the cusp of a perfect storm,” notes Luis y Prado. “One million veterans leave the service every five years, and a projected two million advanced manufacturing jobs will go unfilled in the U.S. over the next decade due to lack of skilled labor.1 Veterans clearly love working with their hands, so we set out to rebuild American manufacturing, one veteran at a time.”

Today, after a move across the country to San Diego and three expansions, the school is booming inside a 13,000 sq ft facility not far from 32nd Street Naval Base. In San Diego alone, 17,000 service men and women transition out of the military every year. Workshops for Warriors is at capacity, training an average of 50 students every semester, with a waiting list of 500 applicants. The free, accredited welding and advanced machining courses range from 112 hours to 160 hours, with classes running 12 hours a day, six days a week. This accelerated schedule enables graduates to earn nationally recognized credentials in just four months.

Welding courses include shielded metal arc, gas metal arc, gas tungsten arc, and flux-cored arc technologies. Machining courses include computer-aided design and operation, plasma and laser cutting, and three-axis, four-axis and five-axis milling and lathing. Courses are stackable, which means a student can earn a minimum of three certifications and a maximum of 15 certifications. The nationally recognized credentials are also portable, allowing graduates to return home to the Midwest or East Coast and qualify for jobs there as well. “We’re teaching tomorrow’s technology today, not what their grandparents used to do,” adds Luis y Prado. “With these credentials, transitioning veterans have a path to financial freedom so that they can go anywhere in the world and have a steady job with lifelong career progression.”

Since 2011, the program has graduated 338 veterans with a total of 1,400 credentials. As of 2015, 94 percent of these vets were employed in advanced manufacturing jobs. For example, Angie is one recent graduate. Unemployed, homeless and without hope, she was at her lowest point. The state had assumed care of her daughters. At Workshop for Warriors, she enrolled in machining classes and, after two semesters, is a now a certified machinist earning $24 an hour. Angie is able to pay for rent for the first time in five years and is happily reunited with her children. Dwayne is another example. After an injury forced him to retire early from the Marine Corps, his life plan was turned upside down. He had a child to care for and bills to pay, so finding a meaningful career needed to happen quickly. “This school gives me something tangible that I can hold onto,” smiles Dwayne. “I can say ‘certified credentials’ when I leave here and it gives me something I can look forward to. I enjoy it and I’m proud of it, and that’s what it really comes down to.”

CORPORATIONS STEP UP WITH EQUIPMENT
For now, Workshop for Warriors relies completely on donations to keep the school running. It takes nearly eight years for an organization or school to qualify for GI Bill funding, and WFW expects to receive that status in April 2019. Until then, the organization needs cash contributions of $20,268 to educate each student each semester. If a student is offered a stipend to be able to focus solely on school, the cost is $30,268 each semester.

With the program bursting at the seams, the school building has also needed improvements. Conveniently located near the Naval shipyards, the training facility attracts highly qualified instructors. But for many years it functioned without basics, such as a ventilation system. “We had a big fan that blew air. That was it,” says Luis y Prado. “We could only teach beginning-level welding and not very often because the place would get smoked out. We couldn’t teach any flux-cored or tungsten inert gas welding because the shielding gas would go away. So we weren’t able to give the students the experience they required for standard jobs in the industry.” What happened next represents the growing corporate support from manufacturers that Workshop for Warriors has come to rely on.

While representatives from Amada America, Inc. (Buena Park, CA) were contributing sheet metal to the school, they recognized the fumes problem and asked their own venting supplier (Donaldson Company) to recommend a solution. Scott Thomas, the regional sales director for Donaldson in California, remembers the day that he and territory manager Bob Walters took a tour through the facility. “It was not a healthy work environment,” he says. “Hexavalent chrome is a known carcinogen that is produced when stainless steel is welded, and there are OSHA standards for other respirable fine particles. The school clearly needed fume control that was recognized by welding associations.”

Over the next six months, Walters, who is an Army veteran himself, made many trips to Workshops for Warriors, drawing up plans for a ventilation system that would not only solve the immediate hazard, but also grow with the program. “We needed to factor in the number of welding stations that they would eventually have, what kind of ducting that future capacity would require, the ducting layout, and a place outside the building to locate the collector,” explains Walters. “Our motivation was seeing what these veterans – some with lost legs or arms – were dealing with as they tried to recoup a life that was functional.”

At the recommendation of Thomas and Walters, Donaldson executives agreed to donate a Torit® Downflo™ dust collector to the school. This high efficiency model was chosen with total operating costs in mind: with its 48 cartridges and fine fiber filter media, the equipment is engineered to produce cleaner air with up to twice the filter life, a key advantage for a non-profit trying to keep a lid on maintenance expenses. But the overall system called for other components beyond the dust collector, so Walters worked his connections in the industry for assistance. One Donaldson vendor supplied the ductwork and control panel. Blender Products, Inc. (Denver, CO) provided a Spark Cooler® for spark abatement. New York Blower Company (Willowbrook, IL) supplied the fan free of charge. Reliance Steel and Aluminum Company (Los Angeles, CA) even agreed to contribute steel. Altogether, Walters puts the total value of the donated system at more than $140,000.

There was an immediate pay-off in air quality and compliance with regulations. “We’ve had no problems with inspections, and now our students don’t have to worry about safety as they’re training for a career,” says Luis y Prado. “In fact, this ventilation system has an incredible bandwidth, so we’re drawing over twice the fumes that are required at the welding surface. There’s no way we could have afforded to buy that level of equipment.” Installed in 2014, the equipment has enabled the school to triple their welder training from six booths to 18 booths in two years, and it will accommodate a planned expansion to 60 booths in the years ahead.

“We were really lucky to get Bob as a champion for us with his knowledge of the technical issues,” adds Luis y Prado. “He was also a catalyst for other companies to get involved. Besides having the world’s best ventilation system, the other donations have been game-changing: we now have more installed welding booths on the West Coast than the U.S. Navy, the Marine Corps, British Aerospace and Engineering Systems, and General Dynamics combined – and that’s only possible because of Donaldson.”

NATIONAL EXPANSION REQUIRES MORE PARTNERS
Supplying skilled metalworkers while improving the lives of veterans is still Luis y Prado’s passion. In 2015, the American Welding Society (Miami, FL) named Workshops for Warriors the best welding school in America. But his organization faces what he calls a “double funnel”: a waiting list for training and 2,500 jobs waiting for each graduate. “We get so many companies that say, ‘We want a graduate. We’ll give your veteran a chance.’ But manufacturers starved for skilled labor need to do something about the shortage. This is their opportunity to step up,” says Luis y Prado.

There’s plenty of opportunity. Workshop for Warriors is in the final stages of a $21 million capital campaign to quadruple their training capacity from 120 students to at least 450 students a year. Beyond their single California location, the Joint Chiefs of Staff has asked Luis y Prado to replicate the program in 103 additional locations across the U.S. “We have so many vets going through our program who say they’re tired of people trying to give them something,” notes Luis y Prado. “They don’t want hand-outs. They want a way to transition. And that’s what we’re able to offer them. Not give them . . . offer them.”

Participating in that mission is gratifying for the people at manufacturers who’ve become donation partners of the school. “It’s a special feeling to know you played a small part in helping others,” says Thomas. “The process opened my own eyes to the sheer number of veterans who have contributed to our country and come back without the necessary skills to move into the workforce. Playing a small role in correcting that has been rewarding.”

Notes
1 “The Skills Gap in U.S. Manufacturing: 2015 and Beyond” is a study by Deloitte for the Manufacturing Institute.

2 For more information on Workshops for Warriors, visit wfwusa.org. 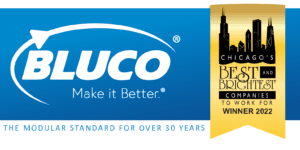 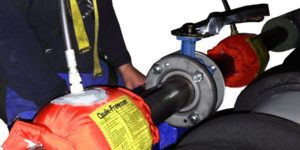 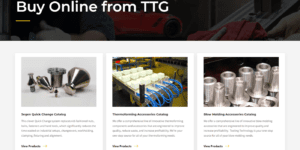