Universal Robots, the Danish manufacturer of collaborative robots (cobots), has announced that it will add a new 20kg cobot to its product range. Called the UR20, the cobot boasts an all-new design based on Universal Robots’ experience in highly refined engineering and is the latest addition to the company’s strong portfolio of cobots.

The UR20 is the best demonstration yet of Universal Robots’ unrivalled innovation in the cobot space, featuring an entirely new joint design that will allow for even faster cycle times as well as the ability to handle heavier loads. Its 1750mm reach has been designed to work to the full height of the standard Euro-pallet, which will transform the way businesses package and palletize, while its small footprint will allow companies to achieve more within their existing production space.

In addition to palletizing, Universal Robots expects the UR20 to be used for welding, material handling, machine loading and machine tending, as well as for innovative solutions created by its extensive partner ecosystem.

“This is not just a bigger version of our existing cobots; it’s the cobot redefined,” says the company’s President, Kim Povlsen:

“The UR20 is the most innovative cobot we have produced and the latest evolution in 17 years of technical experience in the robotics industry. Our expert engineers have completely re-engineered the arm while retaining the same intuitive user interface we have long been celebrated for.

The benefits of the UR20 are significant, from faster cycle times and the ability to handle heavier loads, to greater reach with a small footprint. We’ve also incorporated advanced software enhancements, giving users unprecedented motion control capabilities.”

The company launched the world’s first commercially viable cobot in 2008 and has since built an ecosystem of more than 1,100 integrators, distributors and independent partners creating components, kits and applications for its cobots. The company has sold more than 50,000 cobots and has drawn on the knowledge gained through its established customer base in the design of this latest product.

The UR20 signals the start of a new series of innovative, next-generation cobots, which will complement the company’s highly successful e-Series. “Our commitment to every customer’s success is reflected in the effort we put into creating our products, and the development of the UR20 is a perfect example of this,” says Povlsen and continues:

“We are dedicated to quality engineering, stunning Nordic design and an outstanding user experience from software to endcaps. The UR20 is just the beginning. We’re launching our next generation with this high-payload model first to market because it will make end-to-end automation a reality for our customers, allowing them to use cobot automation to cover new tasks. The next step in redefining automation will be to bring the same innovative features to a new family of cobots. So, watch this space – we can’t wait to show you what the future holds.”

About Universal Robots Universal Robots aims to empower change in the way work is done using its leading-edge robotics platform. Since introducing the world’s first commercially viable collaborative robot (cobot) in 2008, UR has developed a product portfolio including the UR3e, UR5e, UR10e, and UR16e, reflecting a range of reaches and payloads. Each model is supported by a wide selection of end-effectors, software, accessories and application kits in the UR+ ecosystem. This allows the cobots to be used across a wide range of industries and means that they can be redeployed across diverse tasks. The company, which is part of Teradyne Inc., is headquartered in Odense, Denmark, and has offices in the USA, Germany, France, Spain, Italy, the Czech Republic, Romania, Turkey, China, India, Japan, South Korea, Singapore and Mexico. Universal Robots has installed over 50,000 cobots worldwide. 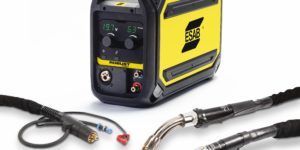 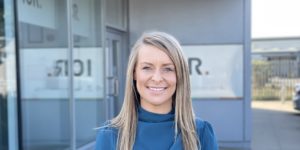 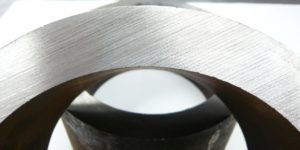